Ban Ki-moon, Chair of the Global Center on Adaptation Board has expressed his gratitude to the Chief Executive of the Accra Metropolitan Assembly (AMA), Mohammed Adjei Sowah for his “positive” participation when global leaders came together in Rotterdam, the Netherlands, on Monday at a meeting of the Friends of the Global Center on Adaptation (GCA).

The GCA in a letter signed by Ban Ki-moon who is also the 8th Secretary-General of the United Nations (UN) and Chief Executive Officer Prof. Dr Patrick Verkooijen thanked the AMA boss for his participation in the dialogue on the acceleration of adaptation solutions ahead of November’s United Nations global climate summit, COP26.

Global leaders at the dialogue stressed the critical urgency of climate adaptation.

They also underlined the imperative for all countries to step up climate adaptation initiatives while mitigating carbon emissions in the global effort to combat climate change.

In the presence of H.R.H King Willem-Alexander of the Netherlands, the meeting was also used to inaugurate the largest floating office in the world in Rotterdam’s Rijnhaven, which will serve as the headquarters of the Global Center on Adaptation. 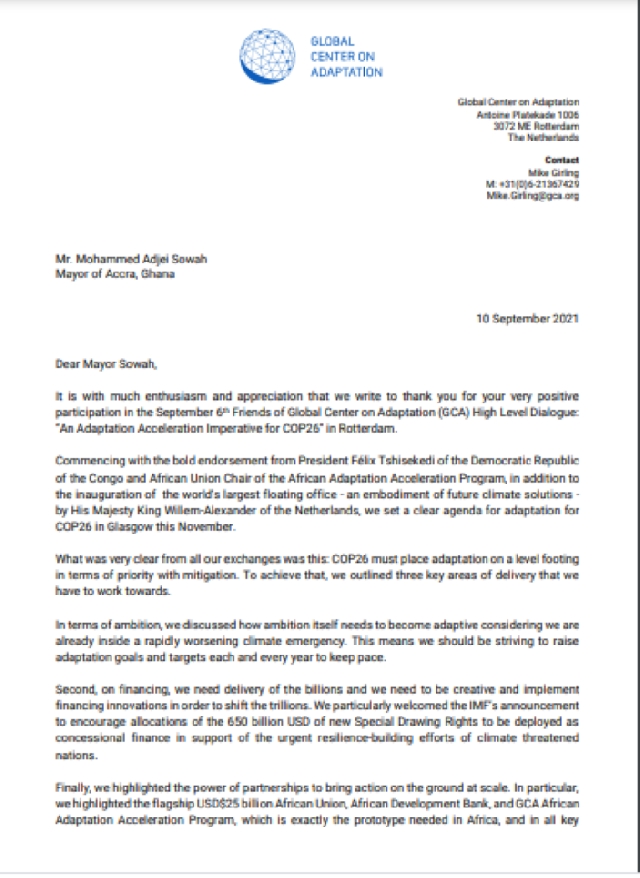 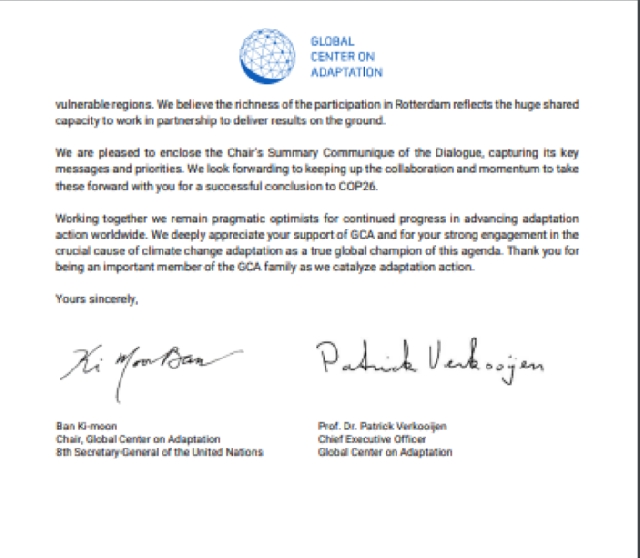 Ho flights billed for June, Wa route to be back after safety concerns fixed – AWA

Open Chat
1
Hello! can we help you?