With the invitation by Pope Francis to all the baptised to participate in a two-year Synodal Process, the Catholic Archdiocese of Accra in the West African country of Ghana, has rolled out plans of how the process would take place at the Archdiocesan, Deanery and Parish levels.

The process involves an expansion of an established institution, called the “Synod of Bishops,” meaning that bishops around the world will consult with everyone from parishioners to monks, nuns and Catholic universities before coming together for a discussion in 2023.

In a detailed plan put together and issued by Fr. John Patrick Tindana, the Accra Archdiocesan Coordinator of the Synodal journey, a Contact Person (CP) for the Archdiocese had already been appointed to work in close collaboration with the Archbishop, the Vicar General, and the Bursar.

In the release, he stated that each deanery is expected to have a CP who would be given some form of orientation by the Archdiocesan CP in the month of November 2021.

“After the orientation for the Deanery Contact Persons, they are in turn to form a Deanery Core Team (DCT),” Fr. Tindana said, adding that the team would work in close collaboration with the Dean of the deanery and then present a programme and timetable for the deanery to begin the consultation process

Fr. Tindana, who is also the Director of the Pastoral Centre and Mission Office of the Archdiocese of Accra, said the deadline for this deanery process would be December 2021.

At the parish level, he announced that “Each parish will have a Parish Synod Team (PST) headed by the Parish Priest or his Assistant with a lay person as Assistant Contact Person (ACP).” 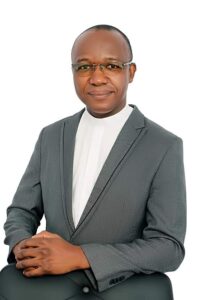 He added: “It is permitted for parishes or churches to join together to form this team.”

According to him, “The PST is to be assisted by the DCT whenever necessary. It will be the core duty of the PST to ensure that the various societies, associations and individuals in the parish are given the opportunity to take part in the consultation process.”

Out of the members of the DCT, the Synod Coordinator of Accra said, an Archdiocesan Core Team (ACT) was also to be formed and they would serve as support for the various deaneries and receive their consultation feedback.

At the Deanery level, he indicated that the DCT would also organise some consultation meetings for some identifiable groups, such as the Deanery Youth Council, the Deanery Missionary Animators, the Deanery Marriage Counsellors and others.

“It is recommended that financial resources be set aside to support the entire Synodal journey both at the Archdiocesan and deanery levels,” he said, adding that Saturday, July 30, 2022, had been set as date for the Pre-Synodal Meeting.

‘Lay down life to save others as Christ did’ – Fr. Albert Amakyi to seminarians.

Daily Mass. Friday in the 1ˢᵗ Week of Advent.

Daily Mass. Thursday in the 1ˢᵗ Week of Advent.

Open Chat
1
Hello! can we help you?