The demonstration is to protest the introduction of the E-levy.

The demonstrators converged at the Obra Spot where the march started.

Clad in red attire, the demonstrators walk through the Kwame Nkrumah Avenue through Farisco, Striking Force, the Kinbu Road, the Octagon, the National Theatre through the AU Roundabout and finally ended at the Parliament House.

The angry youth carried placards which read among others “4 more but we’ve cried more”, “we have the men is running a CAA1 economy, Moodys,” etc. 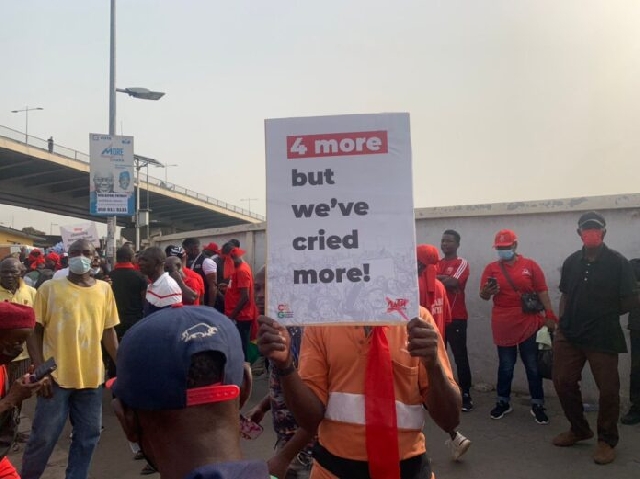 The demonstrators were in the thousands.

The NDC and its Minority are against the 1.75 per cent levy which will affect electronic transactions.

Several calls on the government to drop the proposed tax has fallen on deaf ears. 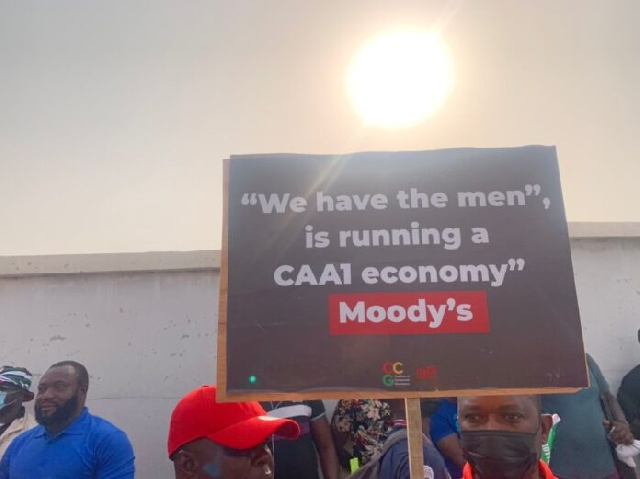 The government has explained that the upsurge in the use of e-payment platforms, as a result of the COVID-19 pandemic, has been an impetus for the introduction of the levy.

As a result, Ghana recorded a total of GHS500 billion from e-transactions in 2020 compared with GHS78 billion in 2016.

The government says the e-Levy proceeds will be used to support entrepreneurship, youth employment, cyber security, and digital and road infrastructure, among others.

Why France is Losing One Religious Building Every Two Weeks